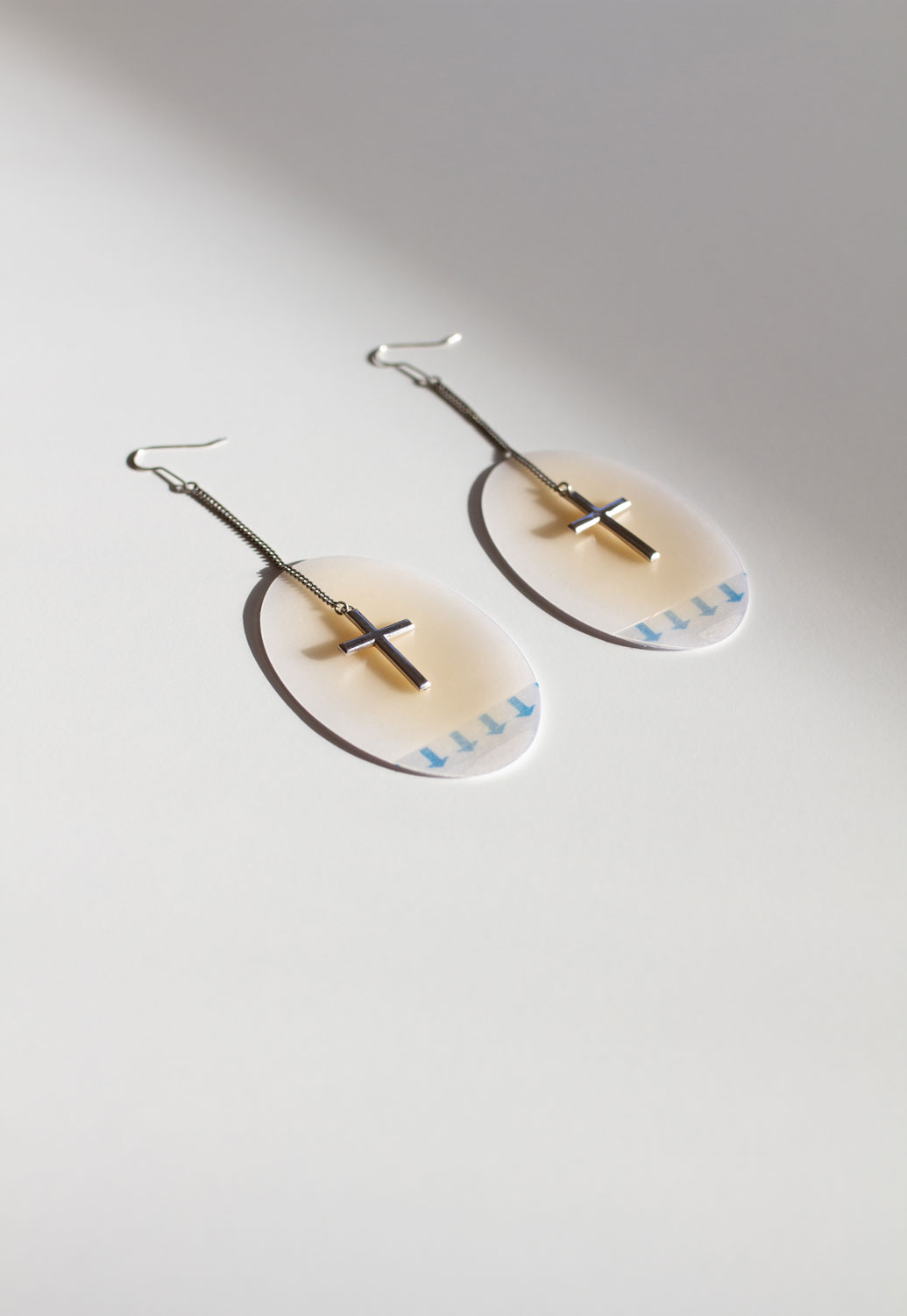 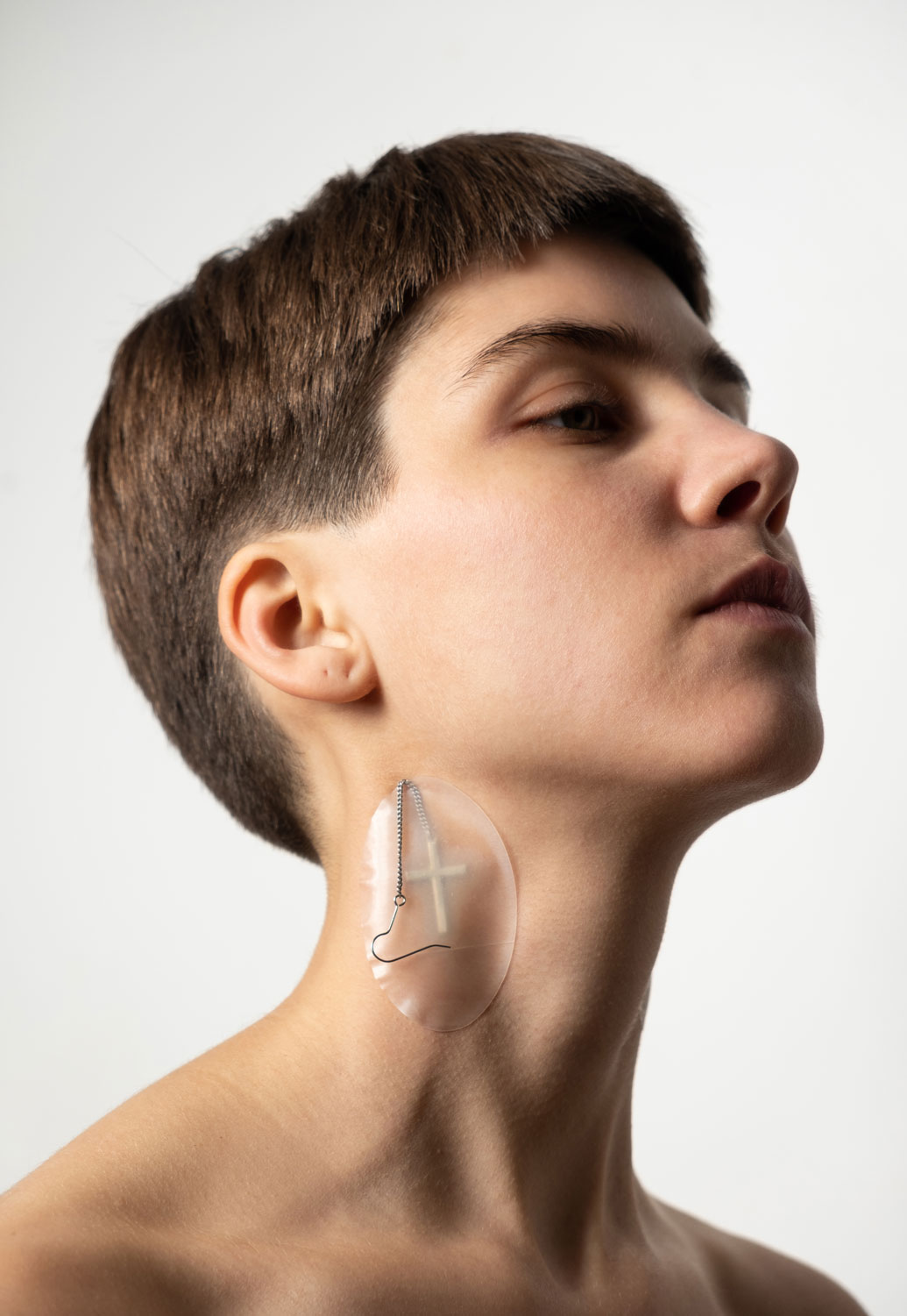 What is the idea behind the 2019 Haute Kantár collection?

Philipp Eberle [PE] — Conventionally, people wear classical jewelry to show off the best sides of themselves. Earrings or a collier can highlight certain traits or distinctions like wealth, power or the family lineage. But do we really wear those objects only to impress? We asked ourselves what jewelry might look like that was not made for the observer but for the wearer.

Marie von Heyl [MvH] — We changed the direction of jewelry by inverting its social function — a bit like turning a sock inside out. We tried to look beyond what’s supposed to be the classical effect of jewelry and bring aspects to the fore that are often overlooked.


ES — What is it that we overlook in jewelry?

MvH — Its sensual dimension, for example. If you absent-mindedly run your necklace through your mouth, trace its shape with your tongue or taste the steely quality of the material, in that moment the sensory aspect beats its symbolic function. It is this subject-object relation that we aim to investigate. 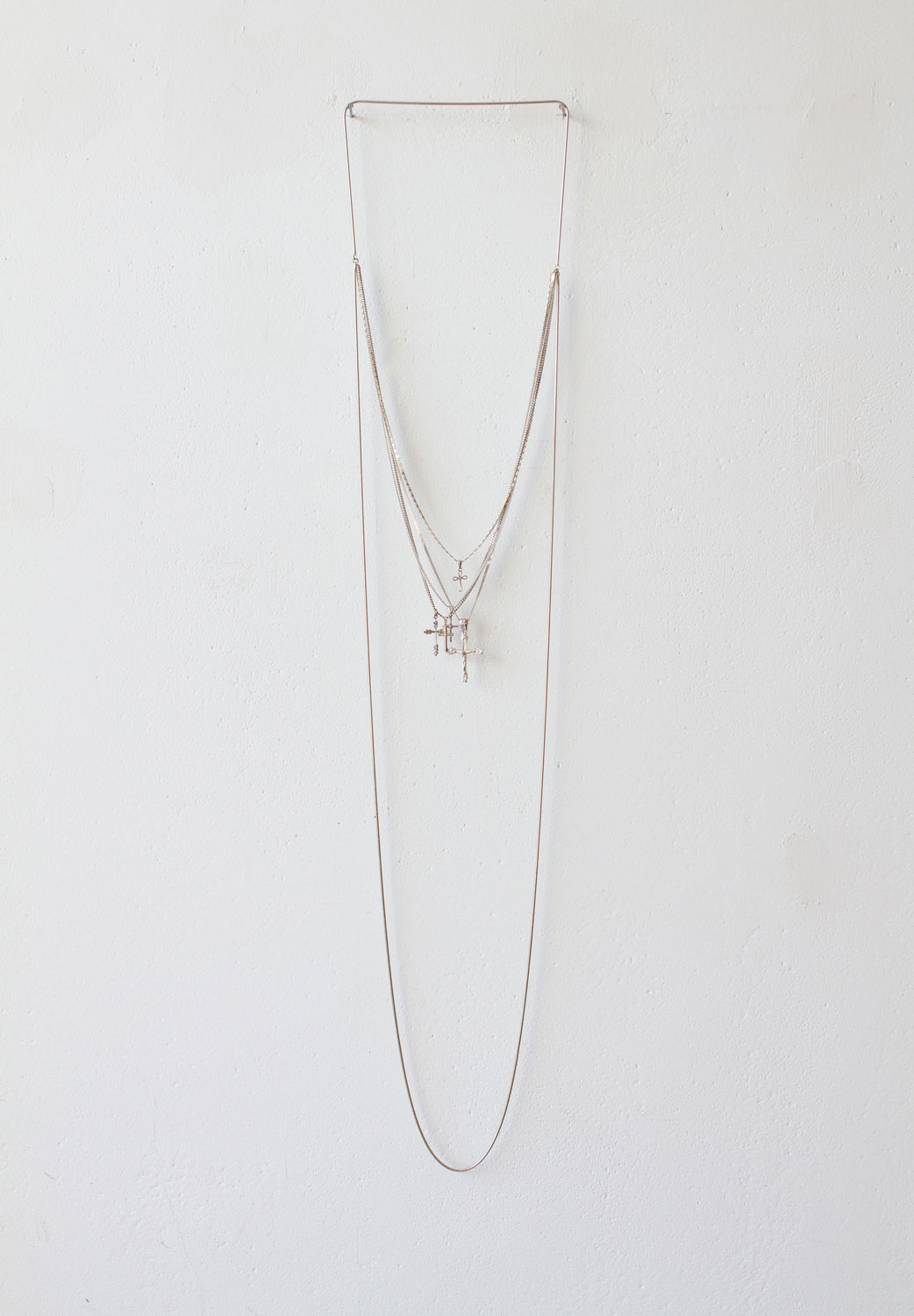 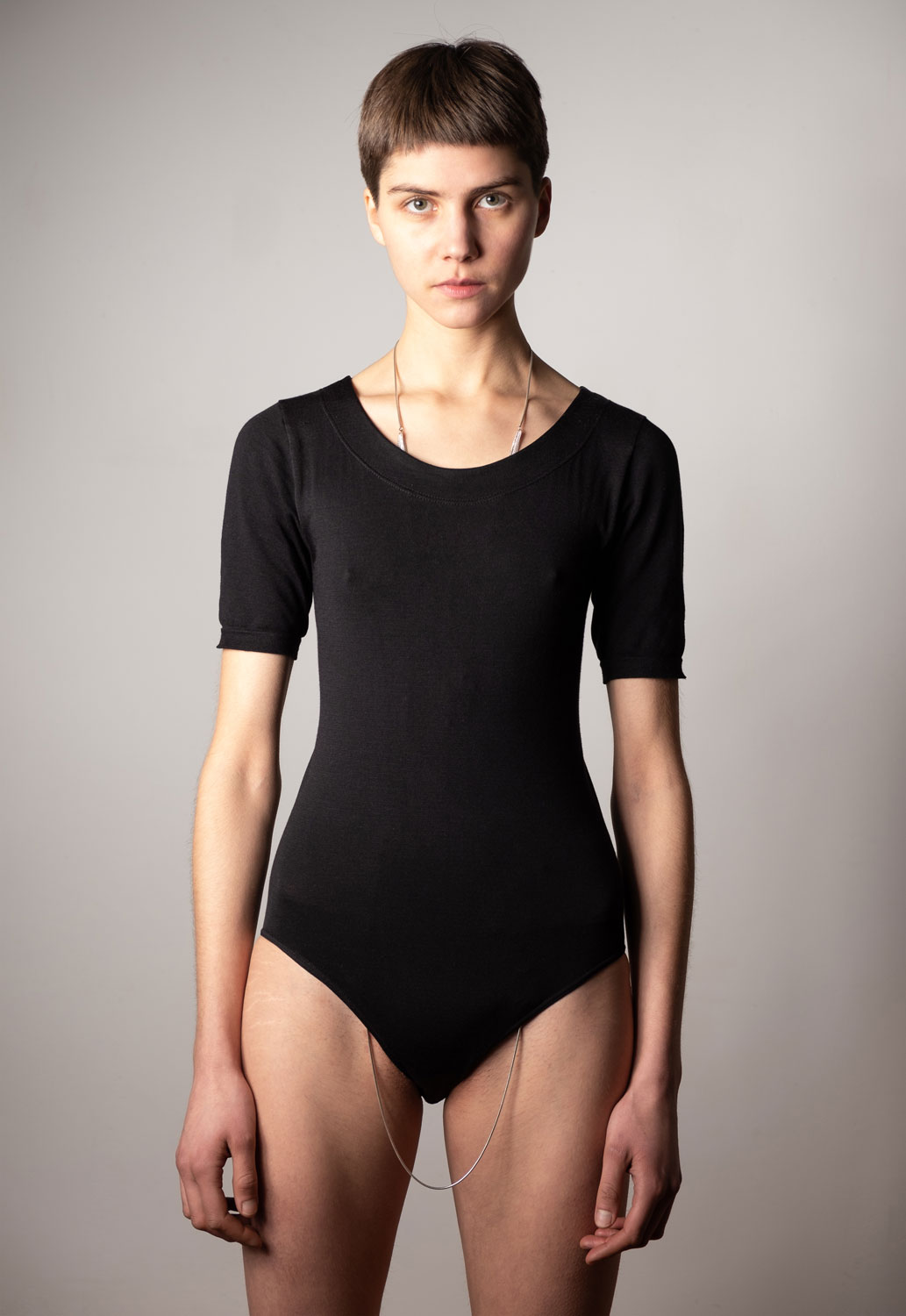 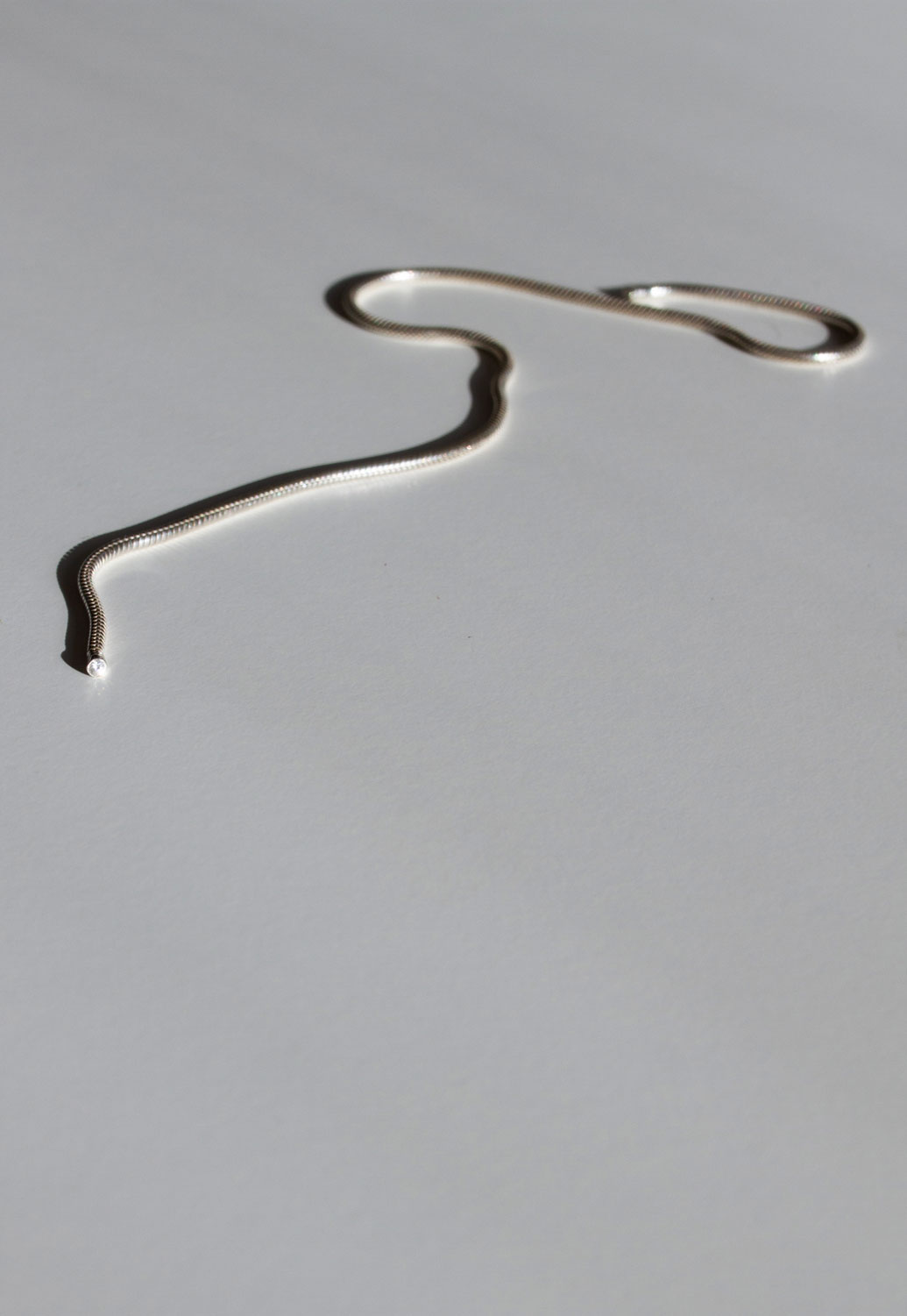 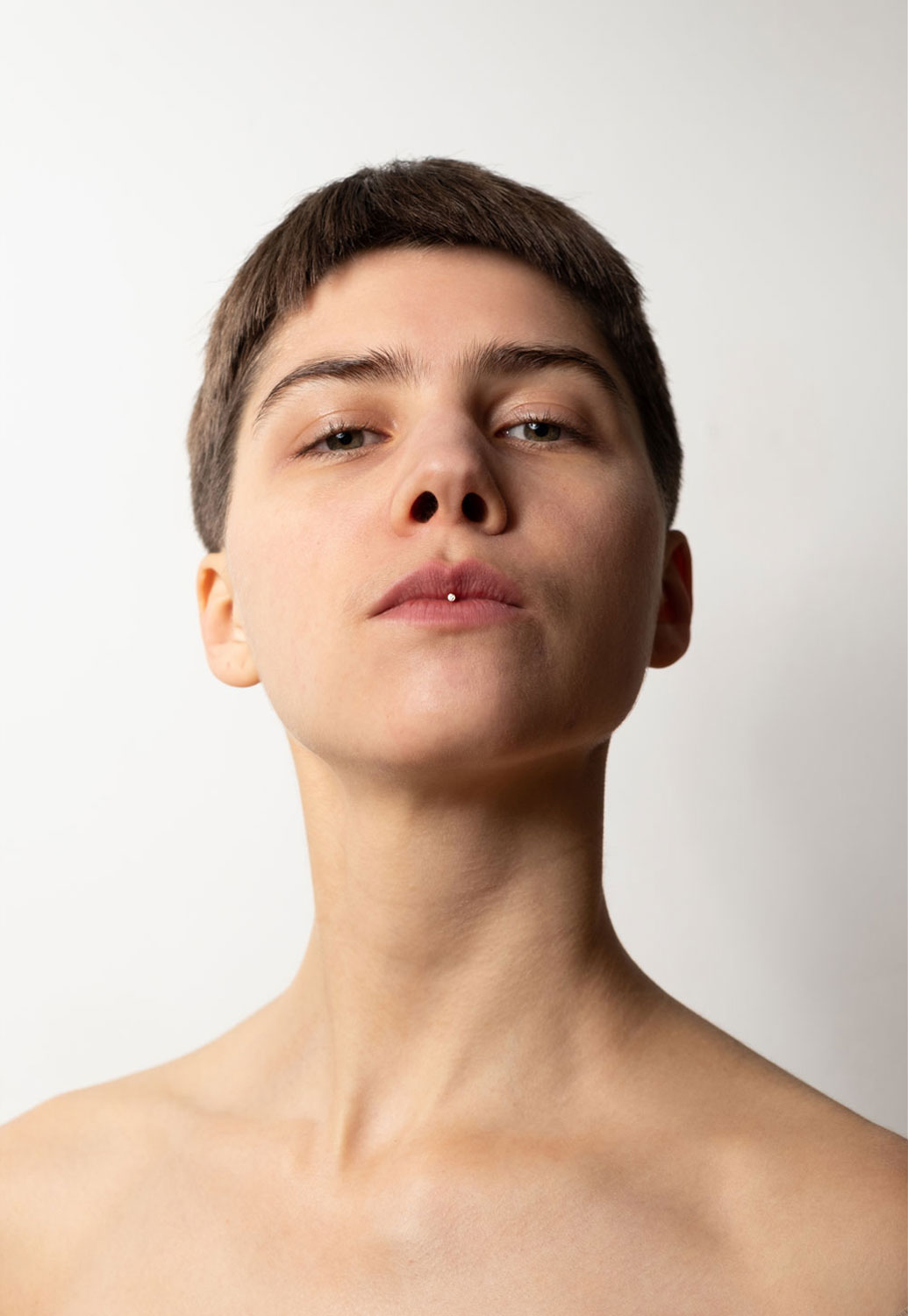 ES — One of your pieces is called “Pasta” and consists of a silver chain that has to be half swallowed. How do you come up with an idea like that?

PE — When I was a kid and there was spaghetti for lunch, my brother and I liked to play a little game: we would challenge each other to swallow a single spaghetti while still holding on to the other end and then pull it back out. Gross, I know, but great fun.

MvH — For our collection we re-created the spaghetti of Philipp’s childhood with jewelry materials: a silver snake chain with two diamonds, one at each end. To wear it you swallow one half while the other diamond remains between your lips. We like the idea of a diamond shining in the food pipe. 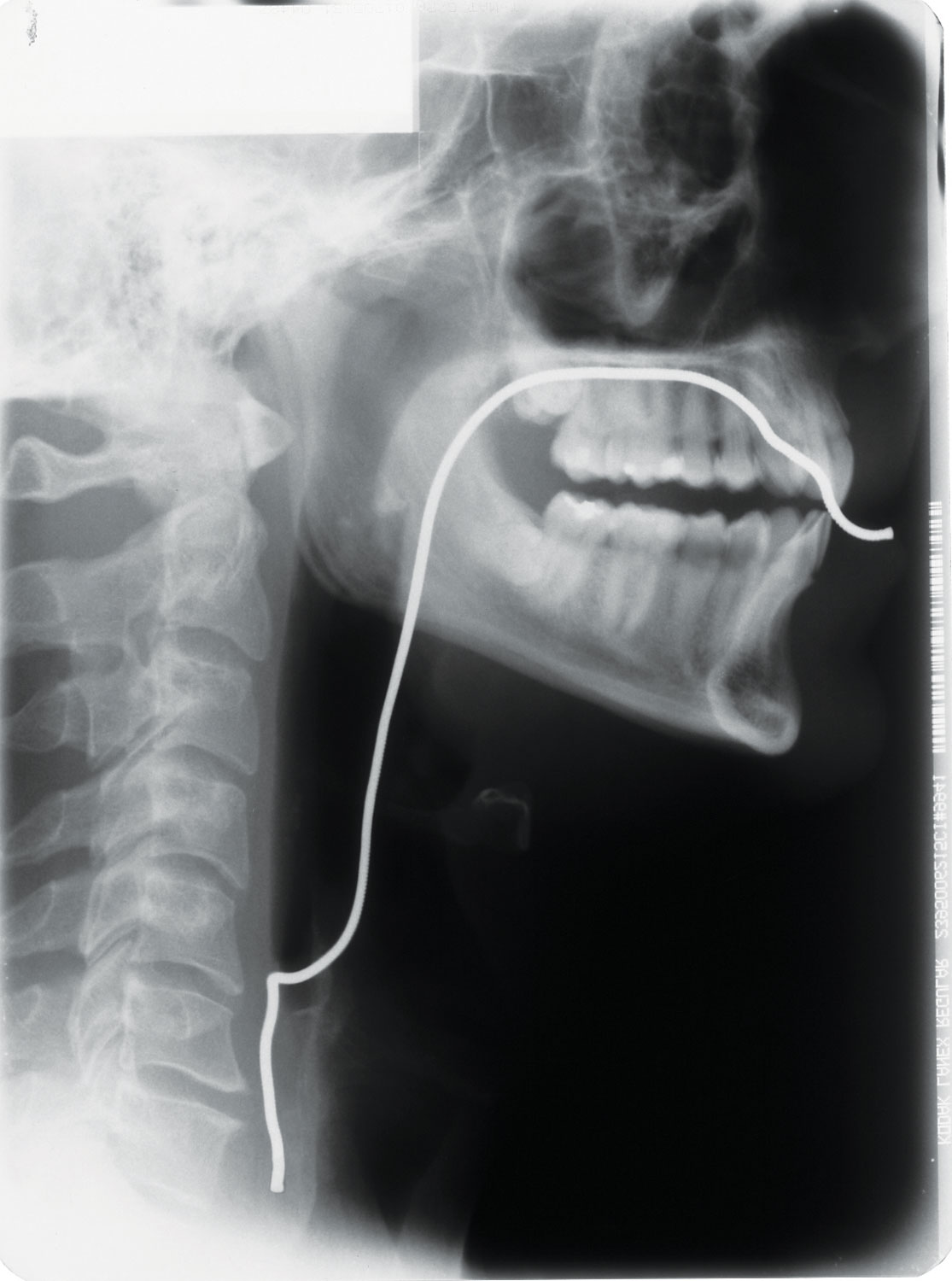 ES — A diamond where no one can see it…
Couldn’t you just leave that end of the chain blank?

MvH — No way! The diamond might be invisible to the observer’s eye but the wearer is fully aware and in control. The relationship shifts from a visual offer for the observer towards an intimacy with the object. But the observer’s perspective is important, too. She can see that something is being kept from her, that she knows only half of the story. A tug of war between both parties.

PE — Another piece Blickfang consists of a silver chain attached to a pair of metal contact lenses. Placed onto the eyes, it looks as if the chain was growing outside of the wearer’s head. The piece plays on the different layers of seeing and being seen. It literally catches the eye of the wearer. The observer on the other hand might find this hard to watch. 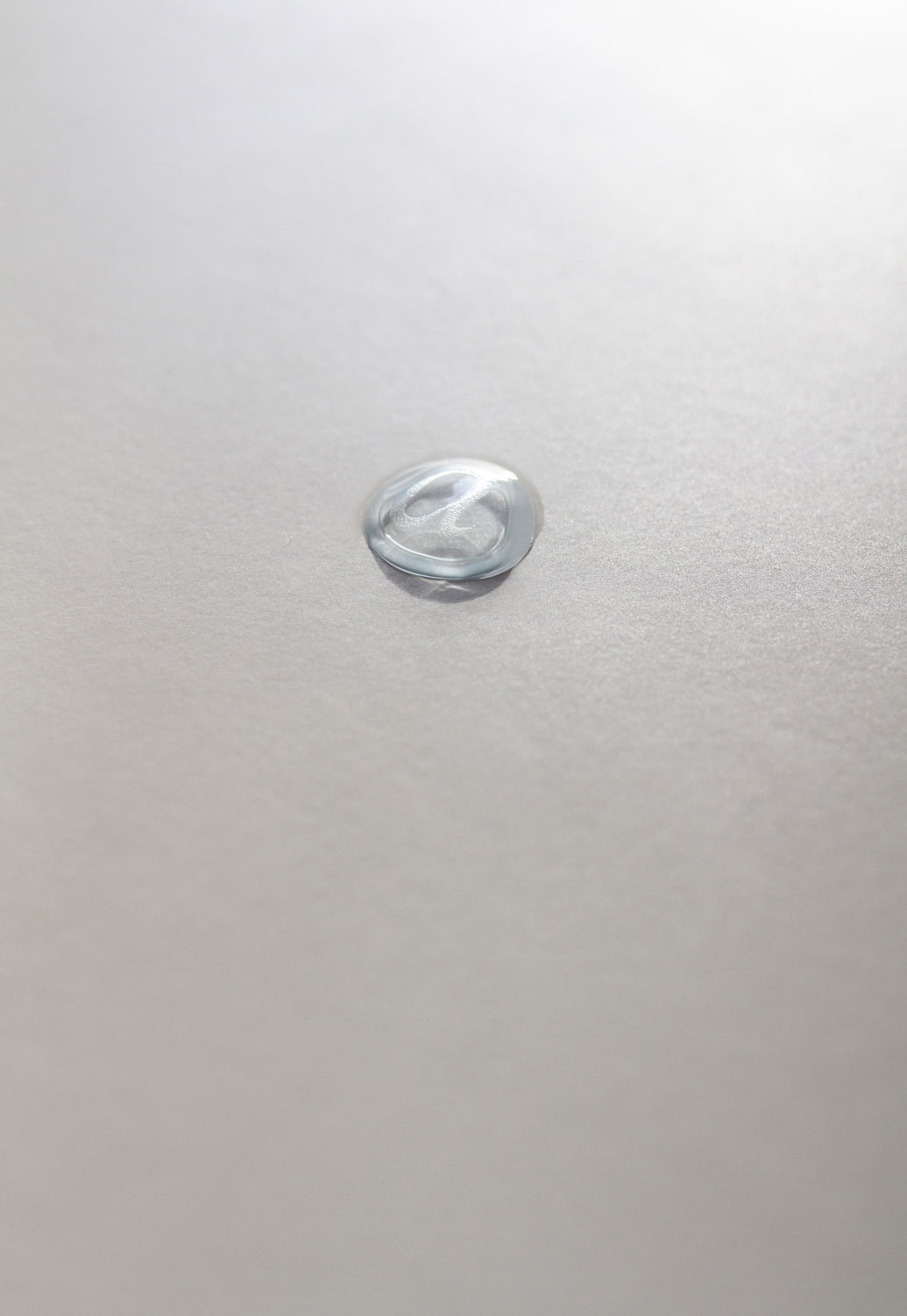 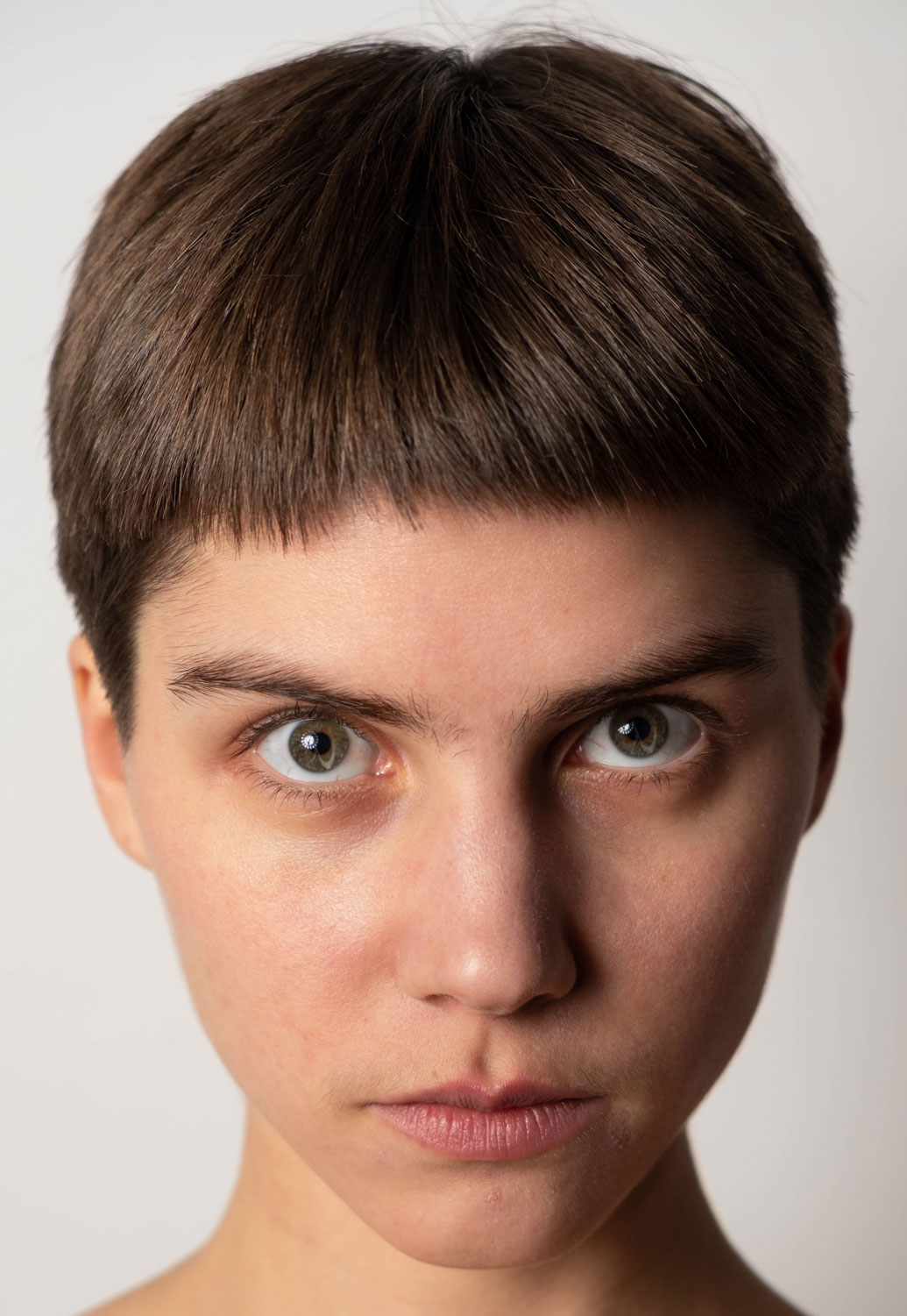 ES — Other pieces are almost invisible, like Augenkappe. Why is that?

MvH — For Augenkappe an actual contact lens was engraved with the letter “a”. Placed on the wearer’s eye it is almost invisible. What remains if you reduce jewelry to almost nothing? A lot, we found. The wearer is thrown back upon herself, she has a secret. The symbolic function is not simply eliminated, but inverted. The letter “a” is a reference to the French psychoanalyst Jacques Lacan. In his theory the “objet petit a” determines our desire, a stand-in for the things we’re after but never reach. Naturally, desire and its counterpart, allure, play a great role in designing jewelry. 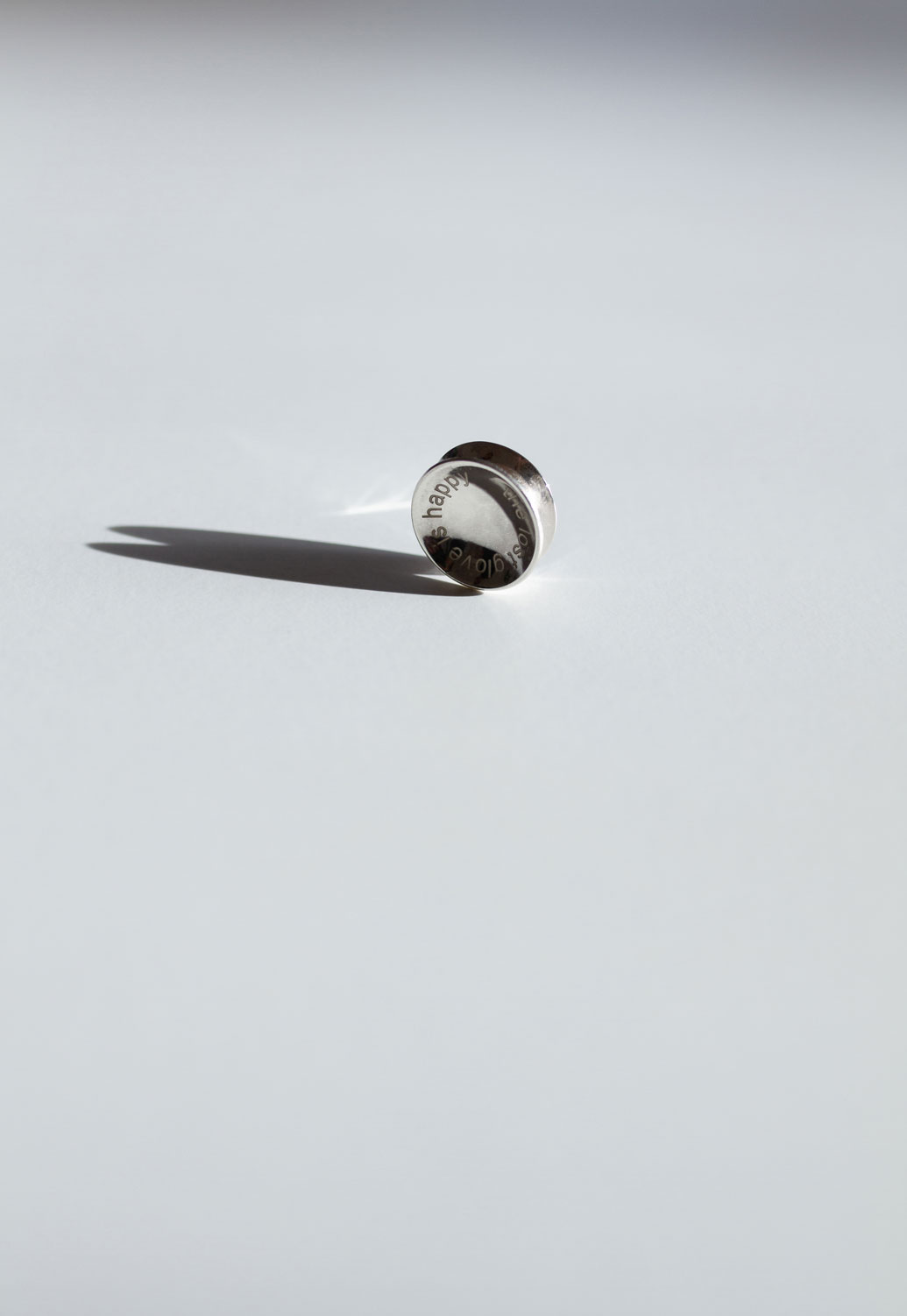 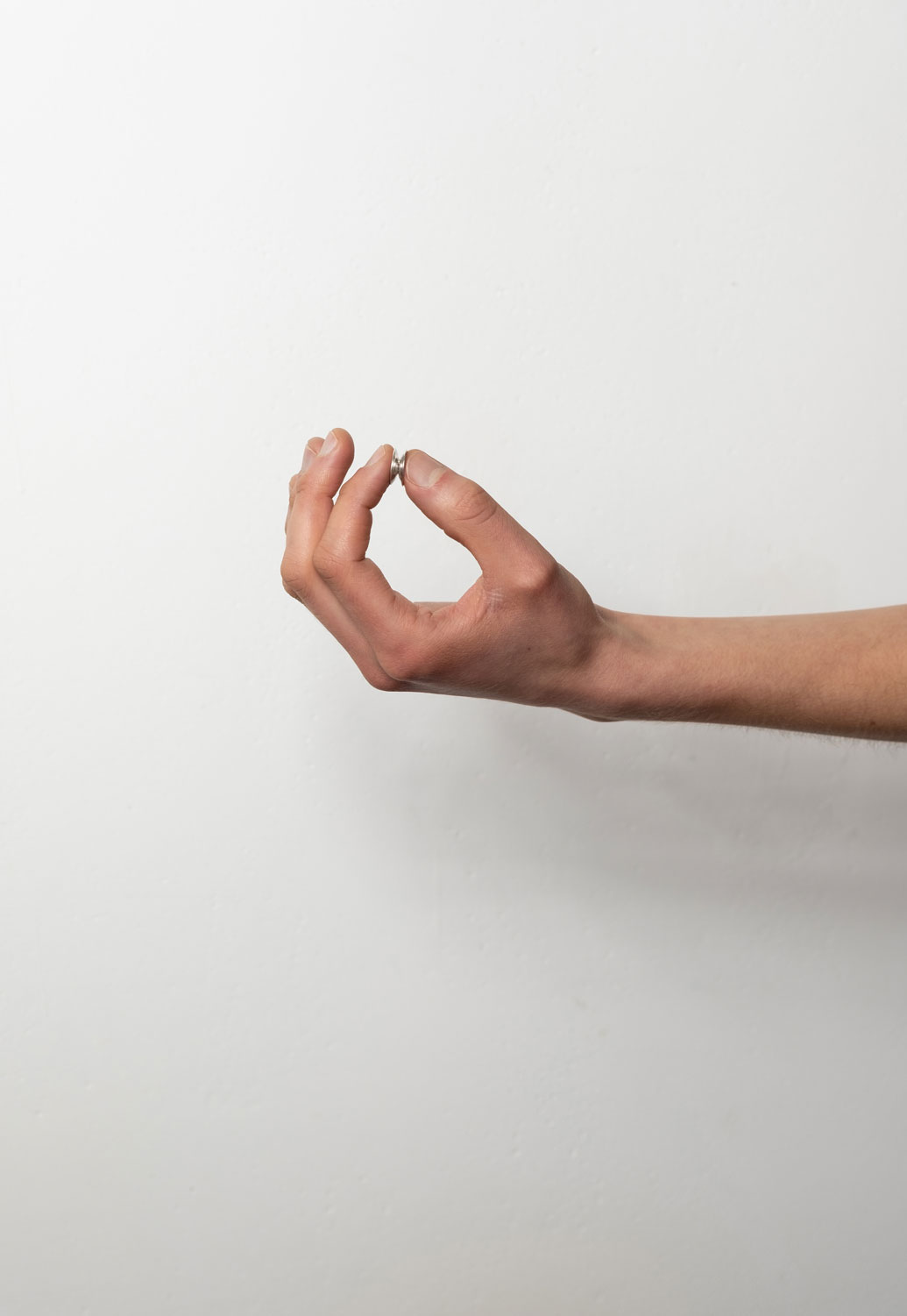 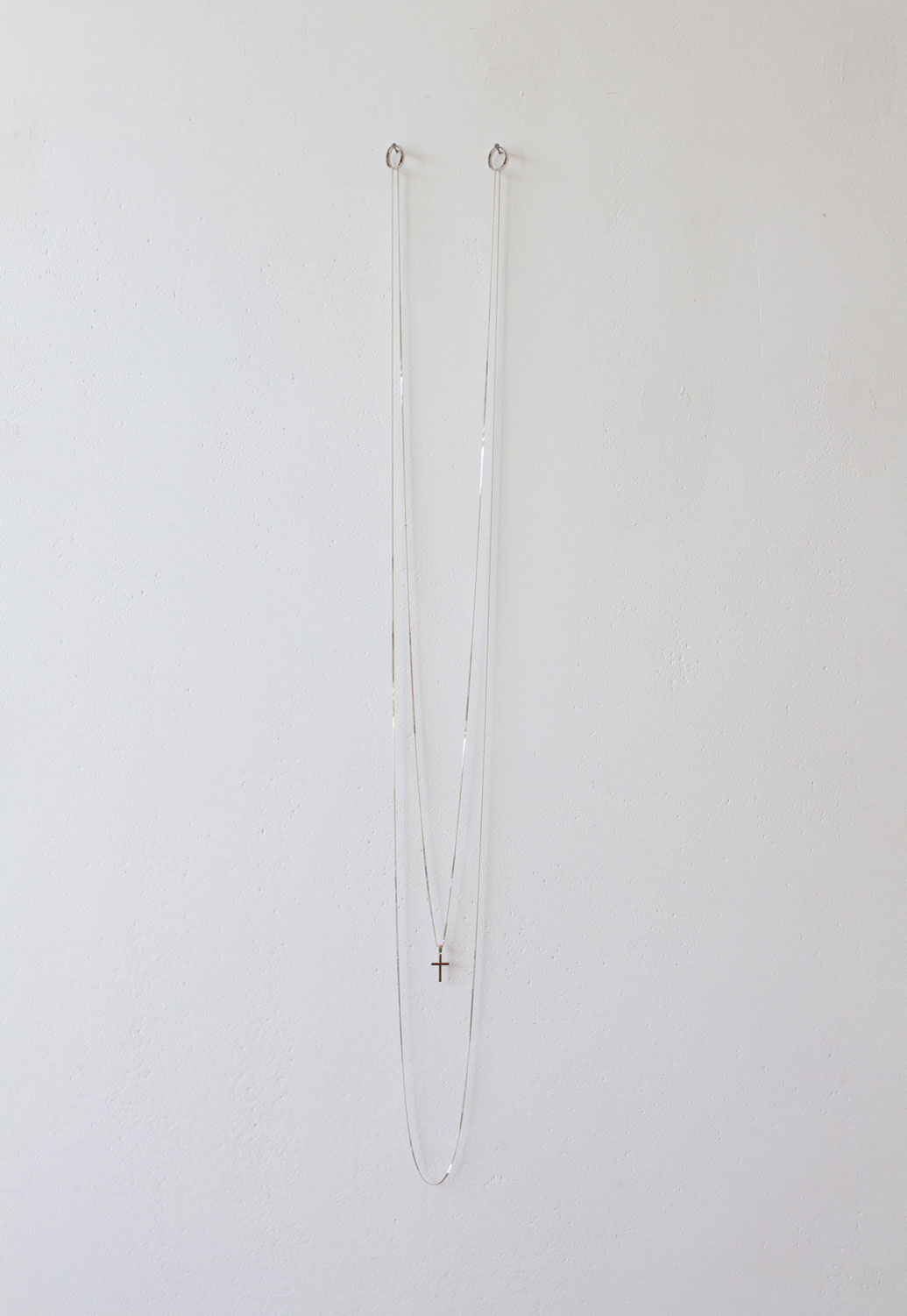 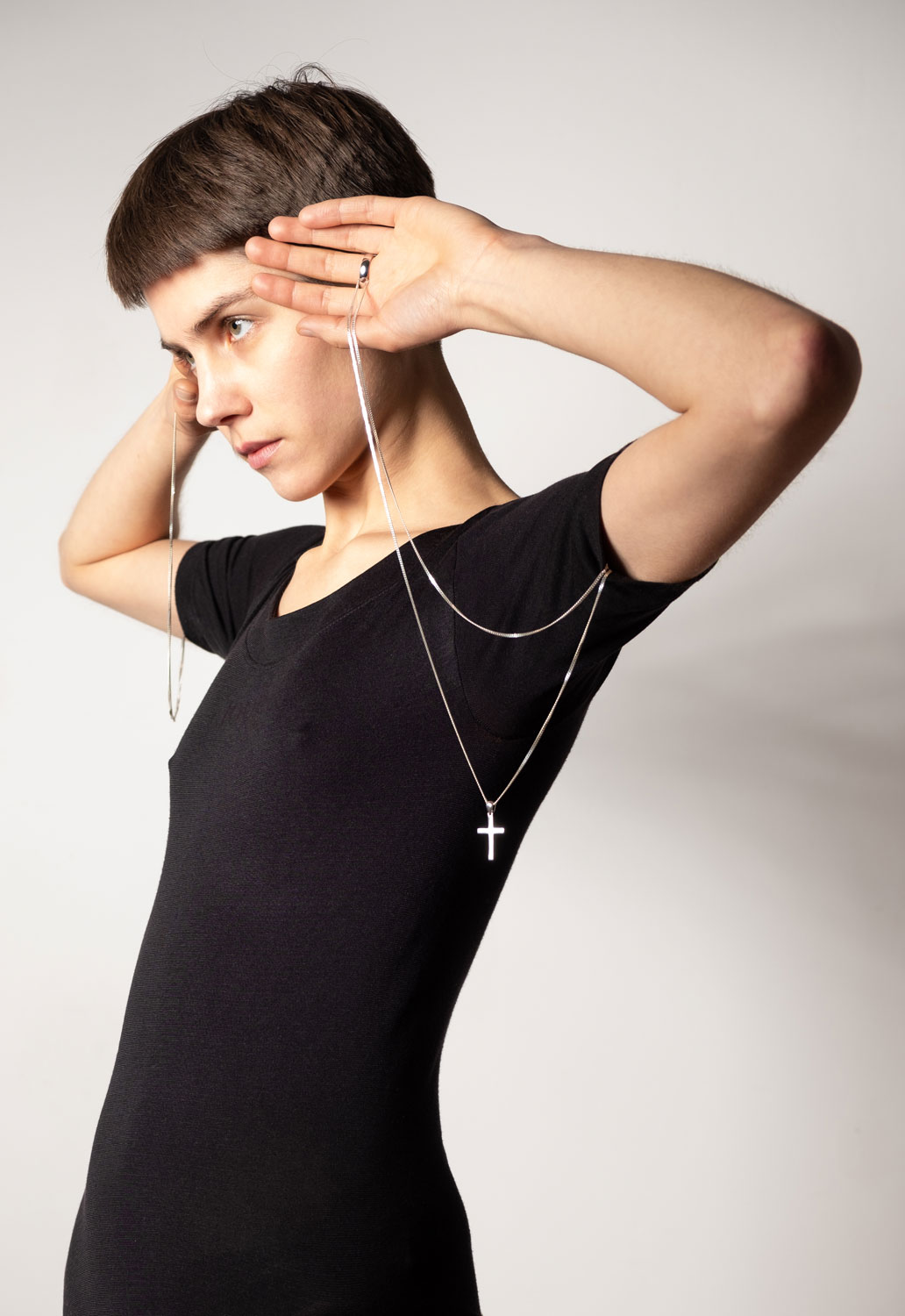 ES — What materials did you use?

PE — We focused on the “classics”: hoops, chains, clasps and crosses. We deliberately restricted ourselves to basics bought from jewelry wholesale supplies because we didn’t want anything to distract from the concept. We combined those elements with materials that are usually not associated with jewelry. Unterwanderung, for example, is fixed to the neck with blister plasters. The piece gets under your skin.

MvH — The idea to appropriate blister plasters as a material for our collection came to me on a hike in the Alps. The faux skin blurs the boundaries of foreign body and body. Wearer and jewelry grow into each other, subject and object become one. This reflects the core of our work. 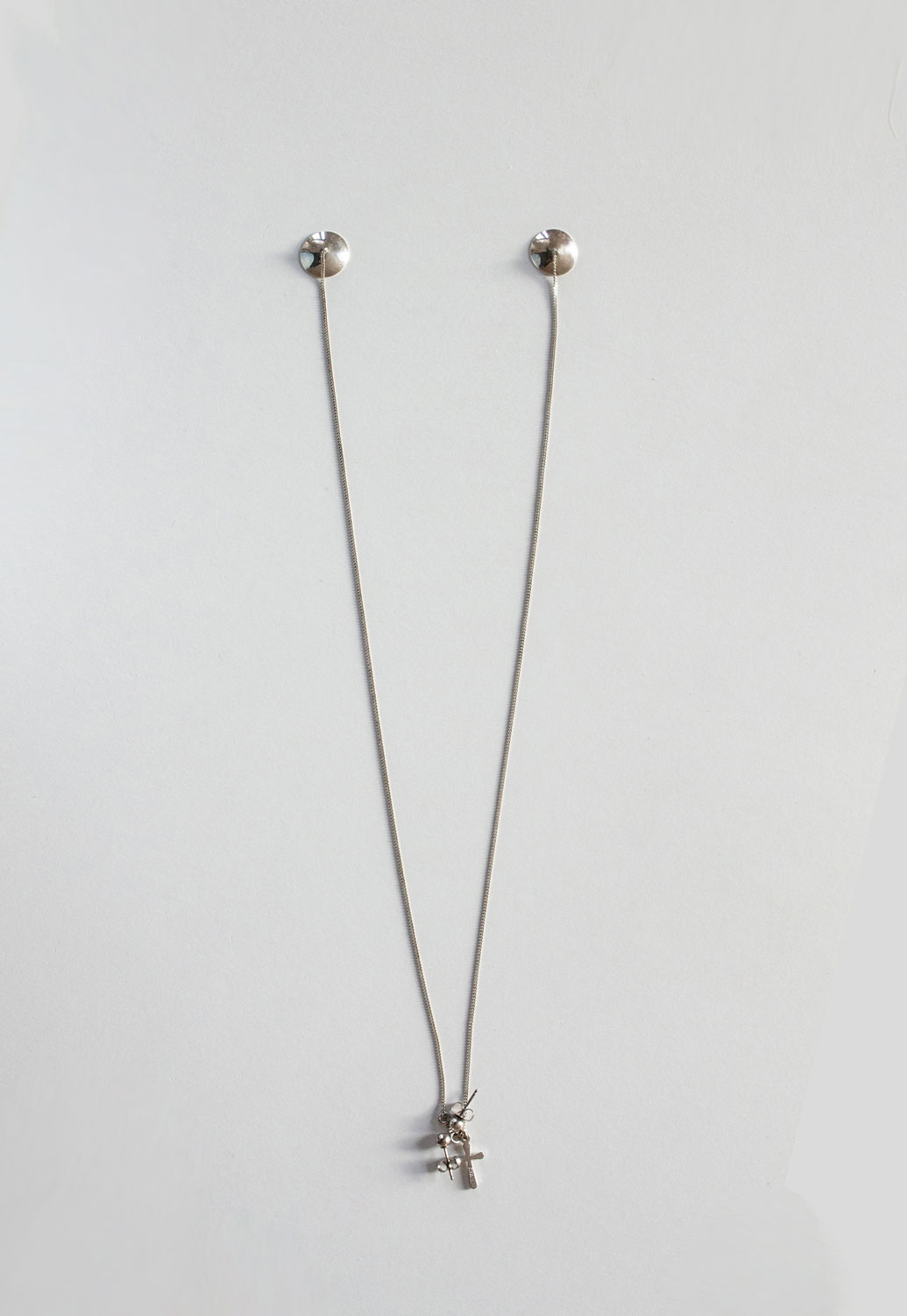 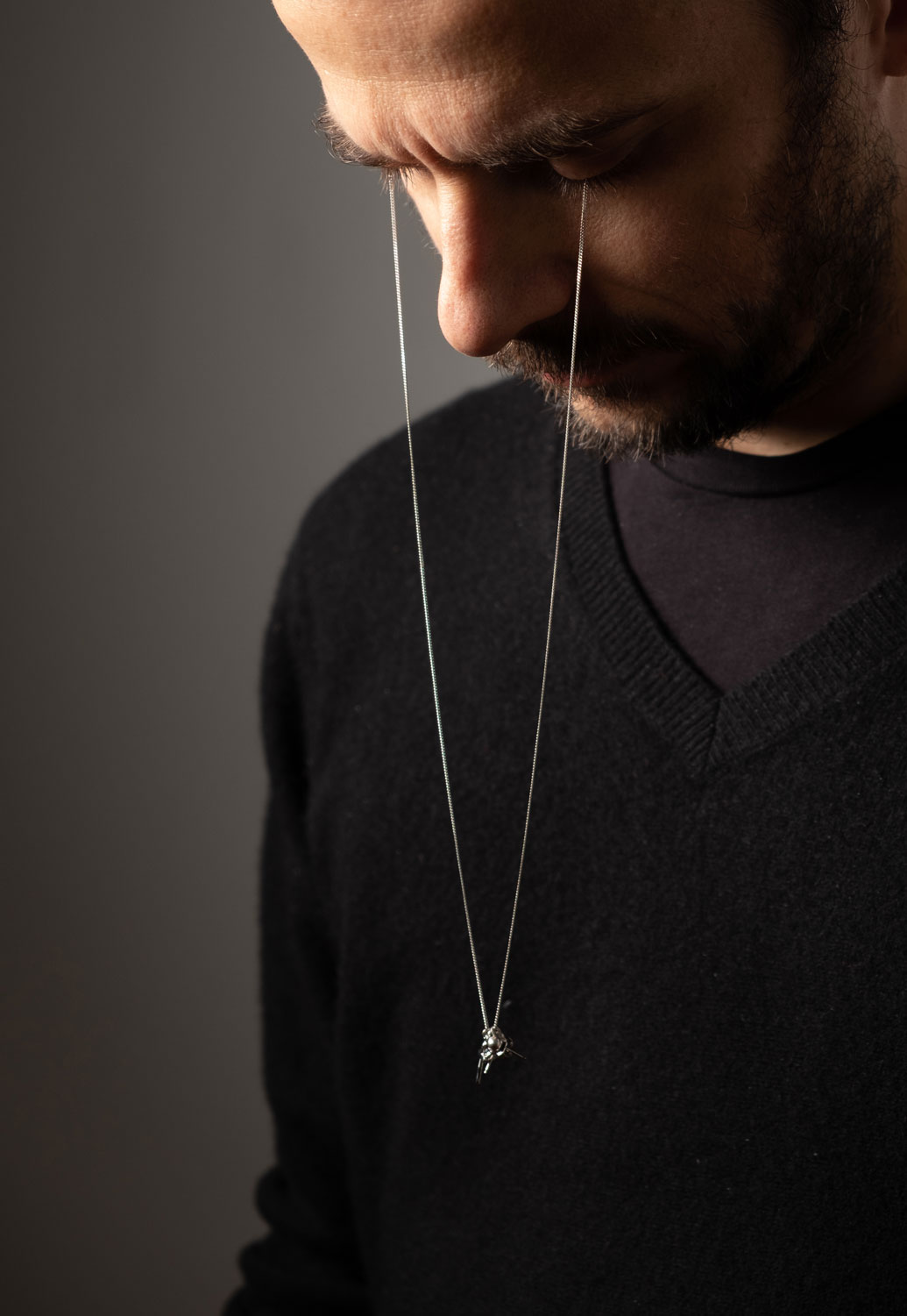